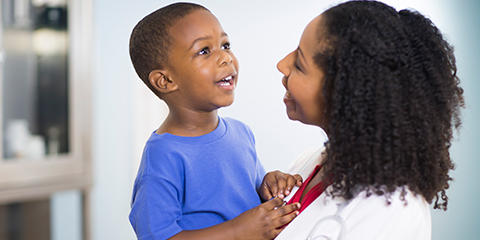 In the study, 49 peanut allergic individuals (25 served as control and received placebo) applied a small transdermal patch impregnated with a small amount of peanut protein (either 100 mcg or 250 mcg) each day for three weeks. Over 24 hours, the peanut protein is slowly absorbed through the skin. Within the epidermis, some immune cells are responsible for causing allergic reactions, while others are responsible for preventing them. By turning on the preventive cells and switching off the reactive ones, encouraging “tolerance”, individuals with peanut allergy may no longer have allergic reactions to peanut proteins.

Were they successful? Moderately. In 46%-48% of the participants, there was an increase in the amount of peanut tolerated after the study, as compared to 12% of the placebo group. For perspective, after one year, Dr. David Stukus shares via Twitter that less than half of the participants could tolerate eating half a peanut. That means that accidental exposure to a tiny amount of peanut protein might not cause allergic reactions, but these individuals couldn’t begin to safely eat peanuts as part of their diet. Even though there was improvement in the amount of peanut tolerated, the patch was not completely successful at establishing tolerance.

However, allergic reactions to the treatment were minimal. Reactions were limited to localized skin and other mild reactions. The peanut patch provides a new and exciting option for highly sensitive individuals with peanut allergy because it has the potential to increase tolerance without the risk for significant dangerous side-effects. For those individuals who may not be candidates for oral or sublingual (applied under the tongue) immunotherapy, due to real or perceived fear of anaphylaxis, the patch represents a viable option to help reduce risk.

Research is ongoing and more is needed to know whether or not use of the epicutaneous patch for peanut allergy will be a useful addition to the options clinicians have to treat peanut allergy.