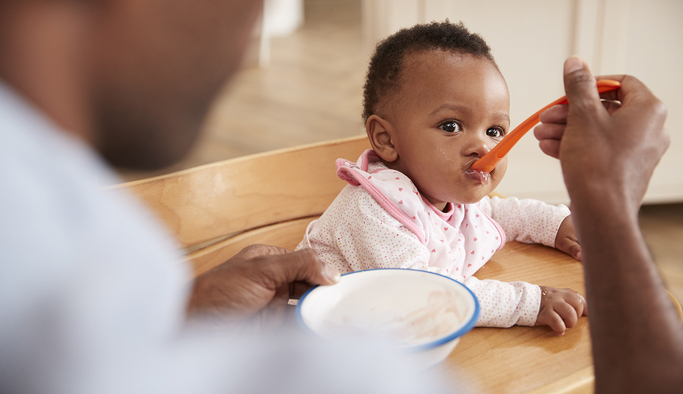 In the U.S., it’s estimated that less than one percent of the population has a peanut allergy. But peanut allergy is not unique to the United States. Other countries, including Australia, New Zealand and the UK, have similar rates of peanut allergy prevalence and are equally concerned about preventing future peanut allergies. Since the groundbreaking LEAP study was published in 2015, the international community has been interpreting the research and consensus documents and writing their individual country guidelines. Everyone has the same goal – to reduce the future cases of peanut allergy. In this article, we’ll take a quick look at what’s happening around the globe with the recommendations based on the LEAP study results.

It is universally accepted that early introduction of peanut foods in infancy can help reduce the risk of developing a peanut allergy. In 2015, the groundbreaking LEAP study (Learning Early About Peanuts) concluded that early introduction of peanut foods in high-risk infants (those with severe eczema or egg allergy or both) between 4-11 months reduced the risk of developing peanut allergies by as much as 86%. A couple of months later, a consensus communication released by allergy and pediatrics organizations around the world in support of early feeding of peanut foods. Since then,

In 2017, the National Institutes of Allergy and Infectious Disease (NIAID) released addendum guidelines for the prevention of peanut allergy in the U.S. Here in the U.S., we have a tiered approach to introduction. 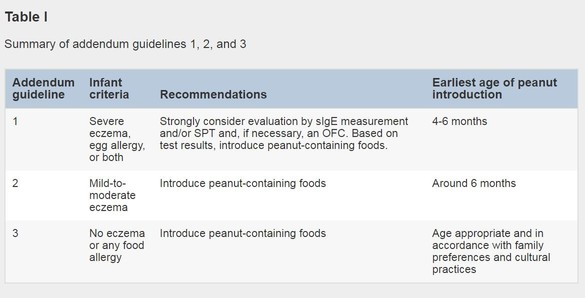 Around the world, the guidelines are somewhat different. Let’s take a look at the guidelines from countries with populations and allergy rates similar to the US, but with different guidelines.

In Australia and New Zealand, the Australasian Society of Clinical Immunology and Allergy (ASCIA) guidelines – Infant feeding and allergy prevention, recommend breastfeeding and then introducing solid foods around 6 months, but not before 4 months. They also recommend giving potential allergens in the first year. However, they do not provide any screening recommendations, address risk factors, or suggest a tiered approach to feeding peanut or any other potential allergen.

The UK guidelines are similarly liberal. Those guidelines suggest that mothers exclusively breastfeed babies until 6 months, when complementary foods should be introduced. The recommendations say to feed babies potential food allergens that are part of the family’s regular diet (e.g. peanuts, dairy, fish, etc.). As for timing, the guidelines say to introduce these complementary foods in an age-appropriate way from around 6 months and before 12 months of age.

The primary difference between the US and UK and Australian/New Zealand guidelines is around a tiered approach to introduction and pre-feeding testing. The benefit to US guidelines is that they are conservative and may help identify those infants at risk for food allergy before a reaction occurs at home. However, according to a recent paper published in Allergy, parents and practitioners face some potential barriers to the implementation of the latest guidelines. For parents, the cost of screening and limited healthcare resources may slow their access to screening. Access can also be an issue because waiting for appointments with specialists can delay introduction, potentially negating the benefit associated with introducing in infancy. Moreover, the paper emphasizes that risk of anaphylaxis in infancy is very small, making introduction at home, even if a reaction occurs, relatively safe. Dr. Jay Lieberman shared details on what to consider when introducing peanut foods to infants at home in this Q&A.

For now, US recommendations lean toward a conservative approach that includes possible screening as a first step for infants with severe eczema or existing egg allergy. Parents of infants without eczema or existing food allergy can move forward confidently with early introduction of peanut foods around the 6-month mark. As with all health issues, parents concerned about their child’s risk, should discuss questions with their healthcare provider.