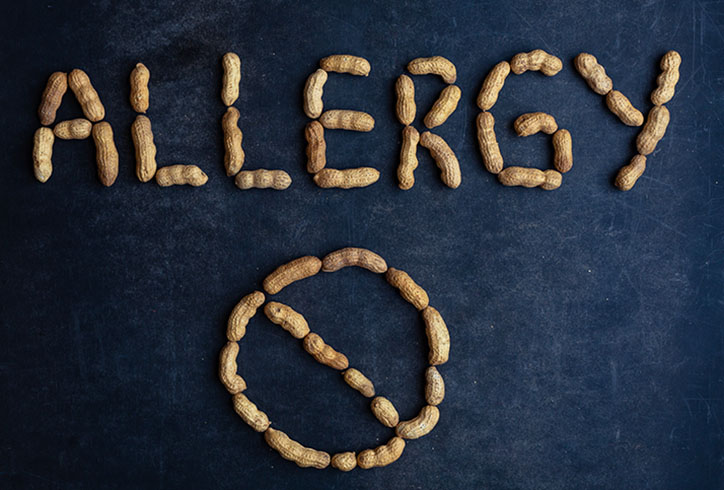 But is being the poster child always a negative? There is an upside to all of this attention, including a significant investment of researcher attention and focus resulting in positive outcomes. For instance, the recent FDA approval of the first-ever drug treatment for a food allergy is for peanut allergies. In the area of food allergy prevention, the current U.S. proactive recommendations for infant feeding, via NIAID guidelines, focus solely on peanut.

Clearly, in the midst of the rise of peanuts’ “poster child” status, a shift has been happening. This view has morphed from negative perception to one of potential and progress as scientists unlock a greater understanding of food allergies and prevention, with a heavy focus on peanut allergies, which has potential to spark further research and applications for the other top 8 allergens. The National Peanut Board has been honored to provide starter and seed funding, as well as on-going support, for some of the most impactful research in peanut allergies, which we hope will provide relief and hope for all people with food allergies.

Part of the Solution

At its seating in 2000, the members of the very first board for the National Peanut Board, recognized their potential at being part of the solution. The story attributes the following quote to one of the inaugural Board members, Virginia peanut farmer DeeDee Darden: “If we’re part of the problem, we want to be part of the solution.” To that end, the National Peanut Board has contributed more than $32 million since its inception toward funding outreach, education, and research on food allergies. Key findings about prevention and treatment for peanut allergies over the last decade can trace some of their roots back to this funding.

In fact, in its first year, NPB funded some of the earliest oral immunotherapy (OIT) research conducted in the United States for peanut allergies. This work, by esteemed researchers Drs. Wesley Burks and Stacie Jones, occurred at both University of Arkansas and Duke University. They did the pioneering work of OIT for food allergy, and because of that early exploration other researchers and companies have been able to take the OIT concept and bring it to fruition.

“Funding from peanut farmers helped with the framework for OIT,” said Burks, who currently serves as executive dean for the University of North Carolina at Chapel Hill School of Medicine. “The National Peanut Board provided initial funding for a pilot study we conducted on egg OIT. That early support helped leverage additional funding from other organizations to continue and expand OIT research.”

NPB continued its commitment to finding a treatment for peanut allergies with support in 2008, 2009, and 2011 of the important continuation of this work in OIT by Dr. Stacie Jones at University of Arkansas. Early and ongoing support of novel treatments like OIT help researchers lay the groundwork for bigger studies and garner more support from private and public funding sources.

Complementing this work toward treatment, NPB provided some early funding in 2003 for the University of Nebraska Food Allergy Research & Resource Center in their efforts to better quantify threshold doses, which are the minimum amount of peanut protein that elicits a reaction in 95-99% of peanut allergic individuals. Understanding this minimum threshold has helped OIT researchers determine safer doses at which to begin treatment, among other outcomes.

Knowing that OIT may not become the only or the best treatment option for peanut allergies, NPB funded other early research on peanut allergy treatments. In 2001 and 2002, NPB provided funding to help begin research on anti-IgE therapeutics. Partnering with Tanox Inc. (now owned by Roche Holding), researchers worked toward the development of a novel monoclonal antibody to treat peanut allergies. Promising research, this early effort spurred other developments in this area, including for Xolair and future generations of anti-IgE treatments like Omalizumab and other biologics. Although showing potential, these treatments are not available to consumers to treat peanut allergies at this time, as they are still being researched.

The reality is that we still don’t understand many underlying mechanisms contributing to the development of food allergies and reactions. In addition to funding research for treatments, NPB has funded studies to better understand the allergenicity of peanuts, how and why anaphylaxis happens, and how to improve the diagnosis of peanut allergies. Basic research is an important part of moving science forward.

Stopping Peanut Allergies Before They Start

“The NPB generously supported our original research on the Israel UK study, which associated early feeding of peanut foods with lower peanut allergy prevalence. That work led to our subsequent research programs, including the LEAP study,” said Lack. The LEAP Study was a breakthrough in researchers’ understanding of the complex interplay between environmental exposure and oral exposure on natural tolerance. “NPB has continued to support us over the past decade with our Clinical Trials Unit,” said Lack.

Dr. Lack’s team has since conducted the LEAP-On Study, a continuation of the LEAP Study, and the separate EAT Study, which looked at the impact of feeding six potentially allergenic foods in infancy. The work of these researchers, at the conclusion of the LEAP Study, resulted in changes in international feeding guidelines to encourage feeding peanut foods to infants starting at 4-6 months of age to reduce the risk of developing peanut allergies. Their findings will continue to help shape our understanding of this critical issue and prevent future cases of food allergies.

Thanks to these breakthroughs, there’s great hope when it comes to peanut allergies. We now know that early infant feeding of peanut foods reduces the risk of peanut allergies and holds promise to potentially reduce the numbers of children and adults who become peanut allergic. For those who already – or who will in the future – have peanut allergies, there’s hope too. Palforzia was approved in January 2020 as the first and only FDA-approved treatment for peanut allergies. This OIT product has made its way to market because of the commitments, efforts, and sacrifices of thousands of families, study participants, researchers, other support staff and donors and funders. NPB is proud to play a part in supporting innovative and transformative solutions for those with peanut allergies.