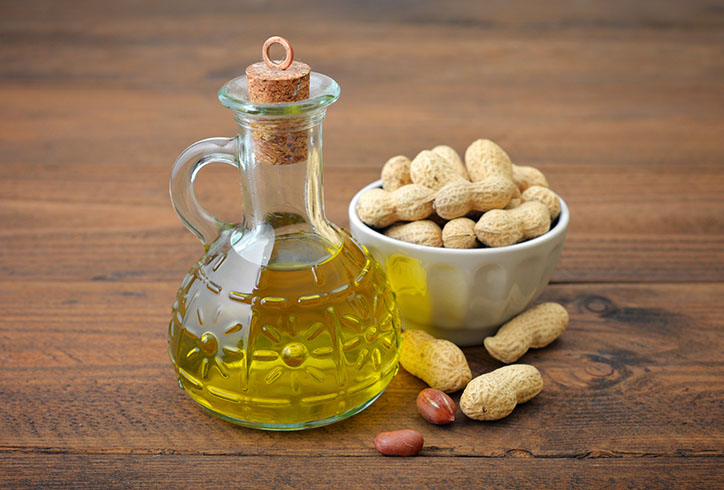 There is a lot of confusion when it comes to the topic of whether those with a peanut allergy may also have allergic reactions to peanut oil, thereby assuming they have a peanut oil allergy. With so many viewpoints on the internet, it’s hard to know who to listen to – is peanut oil safe for peanut allergy sufferers? Should you consider peanut oil/peanut allergy the same?

So being allergic to peanuts doesn’t mean you have to forgo your favorite fried foods. However, you do need to differentiate between unrefined vs. refined peanut oil. The distinction between the two is very important and the key to understanding why there is no such thing as a peanut oil allergy. If you still have questions or are concerned, talk to your doctor to ask about your specific health needs.

On the other hand, and here is where the confusion comes in, gourmet peanut oil, also called unrefined, expeller pressed, expressed or cold-pressed, does contain the protein that may cause allergic reactions and therefore should not be eaten by someone with a peanut allergy.

Unrefined peanut oil can be recognized by its strong peanut flavor as it maintains the characteristic aroma of peanuts. It is most often used as a finishing oil, like drizzling over roasted vegetables, soups or proteins, but may also be used in sauces and dressings. It does not have the same high smoke-point as refined peanut oil, so it is not meant to be used in high-heat cooking such as frying. To be clear, it’s not the oil causing the allergic reaction, but the peanut protein in the unrefined oil.

The differences in refined vs. unrefined oils lie in the processing of the oils. Highly refined peanut oil may use both mechanical and chemical processes to extract the oil through multiple steps. Peanuts are steamed and crushed using high heat to extract the oil, which is further refined through a variety of processes that eliminate pigments, aromas or flavors from the oil. This process also makes the peanut oil safe for most people with a peanut allergy as there is little to no peanut protein left after the refining methods.

However, unrefined or crude oils may go through processes that extract oil from seeds or nuts through mechanical pressing or grinding methods that do not use chemical means of expressing nor high heat temperatures. This allows for a more natural aroma and flavor that is most similar to the oil’s native nut or seed, and also keeps the nutritional value intact which may include enough protein to potentially trigger an allergic response. You can buy refined and unrefined peanut oil at your local grocery store.

However, if you have a peanut allergy and ingest unrefined gourmet or crude peanut oil, allergy symptoms may occur.  The reaction is not to the peanut oil, but to the peanut proteins. Therefore, allergy signs and symptoms to an unrefined peanut oil may present similarly to one’s own peanut allergy reactions. According to the Mayo Clinic, allergic reactions to peanuts 3 can include skin reactions, such as hives, redness or swelling; itching or tingling in or around the mouth and throat; digestive problems, such as diarrhea, stomach cramps, nausea or vomiting; tightening of the throat; shortness of breath or wheezing, runny nose; or in extreme cases anaphylaxis.

If you have questions about your specific situation, speak with your physician about what’s right for you before making any changes to your diet.

One of the most common ways to use highly refined peanut oil is in cooking. 4 Use it for baking, sauteing and the most popular way – frying. In fact, several popular restaurants, like Chick-fil-A and Five Guys use peanut oil to prepare their food. Perhaps it’s the peanut oil that makes Chick-fil-A sandwiches and Five Guys’ fries so addictive.