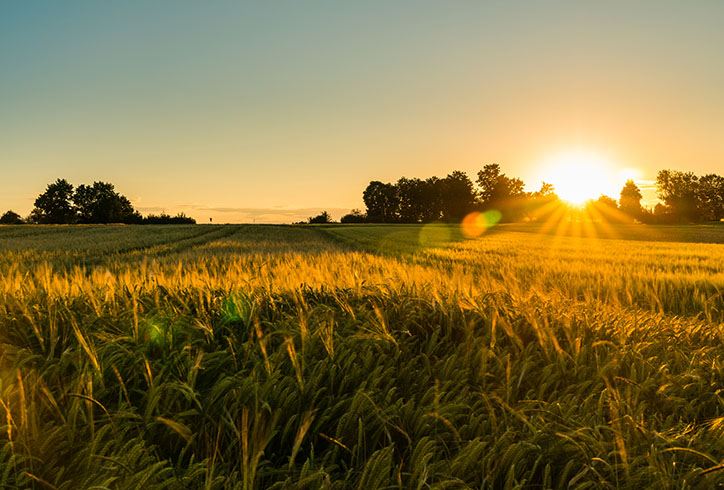 What causes food allergies is the million-dollar question in the world of food allergy research. So far, it seems that the answer is probably more complex than just one cause.

The National Institute of Allergy and Infectious Disease (NIAID) has provided some insight to this multifaceted issue on their website. They list several possible contributing factors, including increased risk for those who already have one food allergy or allergic disease, as well as having parents with allergies. Age is another factor that they cite, stating that younger children are at higher risk for food allergies than older children or adults. The microbiome could have some influence too with differences in gut bacteria among those with and without food allergies.

With so much unknown, it’s natural to wonder, does how food is grown or raised today influence the increased rates of food allergies we see today as compared to decades in the past?

The currently available evidence does not indicate that modern agriculture is causing food allergies.

In fact, science and technology have provided great gains for farmers in helping to reduce water usage, decrease the need for pesticides and increase yields. More productive farms help keep prices lower for consumers, make farming a viable career for generations and ensure consistent nutritious food for everyone.

Two areas where people have lots of questions about farming and food allergies are with genetic modification of food crops and the use of pesticides, so we’ll address those two topics here.

Do GMO crops cause food allergies?

According to the FDA, genetically modified organisms (GMO) are no more likely to cause allergies than their conventional versions. As with any “new” food, whether conventionally bred or genetically modified, individuals could develop an allergy to any food as these can contain proteins that the body has not previously encountered. In the U.S., these are approved GMO crops and foods: papaya, Arctic™ apple, alfalfa, cotton, eggplant, pink-flesh pineapple, soybean, summer squash, potato, canola, AquAdvantage™ salmon, corn, and sugar beets. Of note, most of the top 9 food allergens in the U.S. are not included in this list, including peanuts.

Genetic modification of crops in the U.S. requires rigorous research and federal oversight for approval and the potential for allergenicity is part of every review.

Is there a link between pesticide use and food allergies?

What about pesticides in foods and food allergy? To date, there is no research that shows pesticide use causes food allergies. In the U.S., pesticide use is regulated and monitored. According the USDA’s Pesticide Data Program website, about 99% of the 10,000 samples in the most recent report showed levels below those deemed to be safe. Low levels of pesticides that may be found on foods do not appear to present any risk for infants, children or adults, according to the EPA.

Farmers, including peanut farmers, are always looking at ways to reduce the need for using pesticides because it is not only more sustainable, but also because it just makes good financial sense.

Interestingly, bioengineering may actually be part of the solution to food allergies in the future. Researchers are currently in the process of studying the potential of lower-allergen food crops that could be useful for reducing the potential for allergic reactions. While the jury is still out on whether or not this will be a viable approach to addressing food allergies, it is an example of one positive potential for science in agriculture.