Dr. JJ Levenstein, MD, FAAP, is a pediatrician, president and co-founder of MD Moms. She serves as the Executive Secretary of United Cerebral Palsy Los Angeles, where she is a very active member of the Board of Directors and Board of Governors. She has served on the Scientific Advisory Council of the National Peanut Board since 2008, where she has brought the voice of the parent to the NBP and serves as a spokesperson for the Board at events and conferences.  She is president and co-founder of MD MOMS, and manufactures hypoallergenic skin products for infants and children.  She is active in the media, and writes for several child-oriented websites and sits on the advisory boards of several sites.  She is an on-line instructor for  www.momassembly.com, and currently is appearing on Home and Family contributing medical segments for their audience. 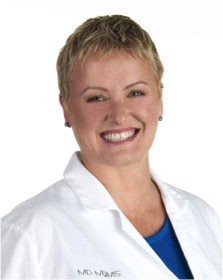 “I am so proud to lead the NPB allergy council, a group of dynamic thought leaders and scientists who all impact the daily lives of individuals with food allergies. We are all honored to support and share the exciting findings in recent research that will lead to being part of a life-changing solution for peanut allergies.”

Paul Antico is the Founder and Chief Executive Officer of AllergyEats. Paul utilizes his financial and public speaking skills to advocate for the food allergy community, giving presentations to both food allergy audiences and restaurant management teams looking to understand the value of properly addressing and serving guests with food allergies.

Garrett Berdan is a registered dietitian nutritionist and chef.  As a culinary nutrition consultant Garrett specializes in K-12 school nutrition programs, quantity recipe development, culinary training, food communications, marketing collateral development, and spokesperson work.  His career includes experience in nutrition and culinary communications, program management, culinary nutrition instruction, work as a retail dietitian, and production assistance for a Food Network television program.  To become a better food professional Garrett chose to complement his nutrition degree with training from The Culinary Institute of America at Greystone.  He completed the Accelerated Culinary Arts Certificate Program in 2005 and he received the CIA Award for Culinary Achievement.  In 2014 he began serving on the national advisory committee for Healthy Flavors, Healthy Kids, an initiative of the Culinary Institute of America. In 2011 The White House honored Garrett as a Champion of Change for his work with school nutrition programs and Chefs Move to Schools.

Sherry Coleman Collins is a masters-level registered dietitian nutritionist who specializes in converting the science of nutrition into bite-size nuggets for consumers and professionals.  Her experience includes clinical pediatrics, school foodservice, and working with individuals of all ages.  She consults as the nutrition and food allergy expert for the National Peanut Board, providing education for experts across the country, including educators, school nutrition professionals, dietitians, nurses, and other health professionals.

In January 2014, Dr. David Fleischer joined the new Section of Allergy at Children’s Hospital Colorado (CHCO), where he is currently an Associate Professor of Pediatrics. Dr. Fleischer’s clinical interests include food allergy, eosinophilic gastrointestinal disease, and atopic dermatitis. His research has focused on the natural history of food allergy and novel treatments for food allergy, including oral and sublingual immunotherapies. He is the Director of the Food Challenge Unit at CHCO, and is working with CHCO to develop a Food Allergy and Atopic Dermatitis Diagnostic and Treatment Center, of which he will direct. He also treats patients in the nationally recognized, multidisciplinary Gastrointestinal Eosinophil Diseases Program at CHCO. Dr. Fleischer completed his undergraduate training at the University of Pennsylvania in Philadephia in 1992, medical degree training at Emory University School of Medicine in Atlanta in 1997, and both Pediatric Residency and Pediatric Allergy/Immunology Fellowship training at The Johns Hopkins University School of Medicine in Baltimore in 2005.

Matthew is board-certified in pediatrics and allergy and immunology. He serves as an assistant professor of pediatrics at the Children’s Hospital Colorado and the University of Colorado School of Medicine. He is the co-director of the Children’s Hospital Colorado Food Challenge Unit. While at the University of Michigan, he co-founded and co-directed the Pediatric Combined Eosinophilic Esophagitis Clinic and was the research director for the University of Michigan Food Allergy Center. Dr. Greenhawt’s specific research interests include parental understanding of food allergy risk and shared decision-making, utilization of food allergy-related health services, adherence to practice guidelines, optimal strategies for diagnosis and treatment of food allergic disorders, prevention of food allergy and quality of life among families with food allergic diseases.

Wesley Johnson focuses her practice in the area of preventive law advising clients in the areas of school law, employment law, and governance.  She graduated from the University of Texas, School of Law and has been licensed to practice law in the state of Texas since 1999 and the state of Louisiana since October 2009.  Wesley has coordinated all nine of the institutions within the UL System on policies and procedures involving federal and state laws including Title IX, Clery Act, Violence Against Women Act and the Campus SaVE Act.

He joined King’s College London in 2006 as Professor of Pediatric Allergy and he is currently Head of the Children’s Allergy Service at Guy’s and St Thomas’ NHS Foundation Trust and is a member of the MRC-Asthma UK Centre in Allergic Mechanisms of Asthma. His research has focused on severe childhood asthma, peanut allergy, and new strategies to prevent and treat food allergies, eczema, asthma, and hay fever in children and adults. His clinical expertise includes allergic asthma, anaphylaxis, and desensitizing vaccines to treat hay fever and other allergies. He is the Principle Investigator on the LEAP (Learning Early About Peanut allergy) and EAT (Enquiring About Tolerance) studies, which are taking place at the Evelina Children’s Hospital. He completed his medical degree at Lincoln College, Oxford University he then completed senior house office appointments at the John Radcliffe in Oxford.  He has established two of the nation’s pediatric allergy centers, and is a cofounder of the Allergy Academy at King’s College London.

Dr. Maleki is currently a Research Scientist at the USDA focusing her work on peanut allergy and the reduction of peanut allergenicity  and she is working on understanding the structure and function of allergens, detection of allergens, and allergen immunology. Dr. Maleki received her bachelor of science degree in chemistry and biology from the University of Tennessee. She received her Ph.D. in biochemistry and molecular biology at the University of Arkansas for Medical Sciences and completed post-doctoral work at Arkansas Children’s Hospital in Structure, Function and Immunology of Peanut Allergens. She has been or is an invited member of the Food Allergy Advisory Committee to the FDA (2005) and Scientific Advisory Committee to the National Peanut Board, 2002-Present.

William L. Weichelt is the Director, ServSafe for the National Restaurant Association and has over 20 years of experience in the food service and food manufacturing sectors. Prior to joining the National Restaurant Association in 2007, William served as Marketing Manager for Silliker, Inc. A graduate of Olivet Nazarene University with a Master’s in Business Administration, he holds a bachelor’s degree in marketing, business administration and advertising from Indiana University.